Donna Douglas of the Classic TV Show "The Beverly Hillbillies" makes a visit to the Studio City Cafe. Episode 1079

Donna Douglas of the Classic TV Show "The Beverly Hillbillies" makes a visit to the Studio City Cafe. Episode 1079

Nancy Harmon appears on the 4th of July celebration at the Jim Bakker Show. Episode 1242.

The McDuff Brothers make an appearance on the Jim Bakker Show. Episode 1209.

The Future Is Now Pt.4
Call to Pray

Moving from Loneliness to Companionship-A
Pathway to Victory

Laughter or Salt
Call to Pray

Family Covenant
From Israel to the Nations

The Future Is Now Pt.6
Call to Pray

Does God want Christians to serve in the armed forces?
PIJN News

Get to Jesus
Inspiring Moments with Adnois Lenzy 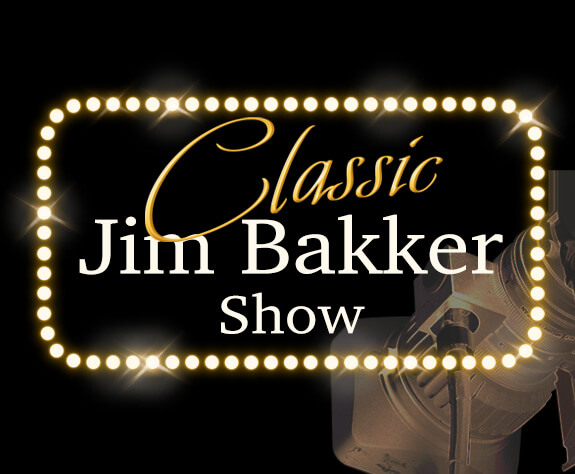 In 2003 The Jim Bakker Show was launched in Branson, MO. From Studio City Cafe to the beautiful Grace Street at Morningside, these classic episodes feature truly inspirational guests with amazing messages that are still relevant in todays world! 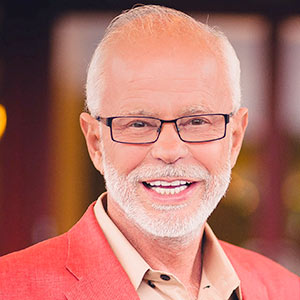 Pastor Jim Bakker, host and founder of The Jim Bakker Show, is a pioneer of Christian Television. From humble beginnings, he rose to build one of the largest ministries in the world. His life is proof of the power of God’s restoration and grace.

As a young man, Jim was called to “make Jesus real” to the world. During the golden era of television, he was divinely inspired to use this new medium. In the 1960s, he joined the Christian Broadcasting Network under the direction of Pat Robertson. Jim developed one of the first daily, one-hour, kids’ shows for Christians called Come On Over. He also later became the first host of a ground-breaking talk show called The 700 Club, featuring many of the top ministers and singers of the day.

After eight years at CBN, the Lord led Jim back into a traveling ministry, helping to plant and start many television ministries around the country. Jim and his family soon joined Paul and Jan Crouch in California to pioneer a new television ministry. Jim was the first President and a founder of Trinity Broadcasting Network, which today, still beams around the world with 24-hour a day Christian programming.

In 1974, Pastor Jim relocated to Charlotte, North Carolina to birth several of the most dynamic ministries the world has ever known including The PTL Club, The Inspirational Network, and a state of the art Christian retreat center called Heritage USA. Through these ministries, they recorded over ten million salvations through phone calls, feedback cards, and on-campus ministry.

After 13 years of developing and expanding Heritage USA, Pastor Jim Bakker was forced to resign. PTL, under new management, soon found its way into bankruptcy. Jim became the target of a lawsuit, and in 1989, he was indicted and sentenced to forty-five years in prison. While in prison, Jim turned to his Bible and found a deeper walk with the Lord than he ever experienced before. Throughout five years, Jim intensely studied the book of Revelation and received a call from God to be a watchman, always looking ahead for the return of the Lord.

A few years later, thanks to the efforts of men like Alan Dershowitz and James Albert, Jim’s appeal was won. On July 1, 1994, Jim was released on parole after serving five years in prison. Jim was invited to many churches to share his testimony, and to begin sharing what he had learned in the book of Revelation.
In 1998, while working in the inner-city ministry of the Dream Center of Los Angeles, Jim met Lori Graham. They married that year and have totally dedicated their lives to ministry.

In 2002, Jim and Lori were blessed with the happiness of expanding their family with nine children from the inner-city of Phoenix where Lori had ministered for years. In that same year, Jim and Lori were offered the opportunity to move to Branson, Missouri where they would begin The New Jim Bakker Show.

In 2003, sixteen years to the date that Pastor Jim had made his last broadcast from PTL, he and Lori launched their new television ministry. Today, The Jim Bakker Show is broadcast throughout the United States, Canada, and the entire world through multiple broadcasts on Directv, Dish Network, Roku, Live streaming on jimbakkershow.com and many more outlets, reaching a potential audience of 1.6 billion people.

The show is broadcast from a Christian Retreat Center called Morningside USA located just outside Branson, Missouri. This 700-acre property is a thriving Christian community that also serves as the backlot for The Jim Bakker Show and other outreach ministries including Lori’s House, a safe, supportive home for pregnant women in difficult situations.

Pastor Jim is considered to be one of today’s experts on the book of Revelation. Since prison, he authored I Was Wrong, The Refuge, Prosperity and The Coming Apocalypse, Time Has Come, and the soon to be released I’m Still Standing. In 2020, Jim launched the PTL: Voice of the Prophets Network, a 24-hour network carrying the most important messages from the prophets and watchmen of today.

God loves you, He really does! 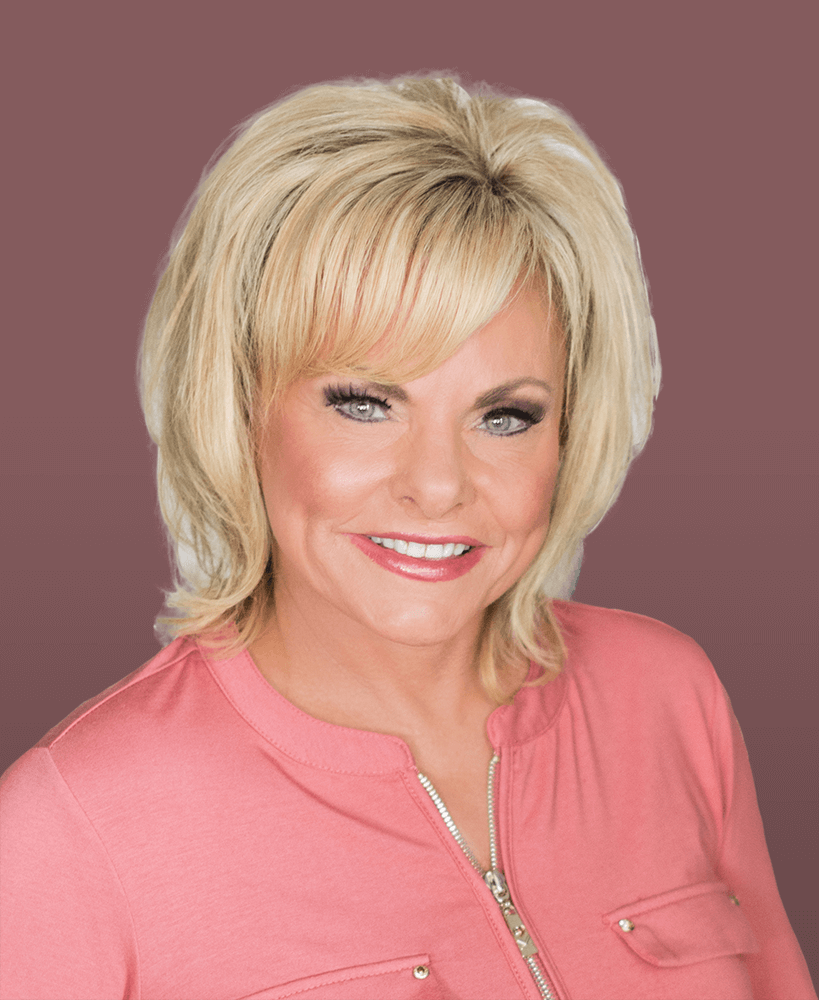 It was October 1957 at the Church of the Nazarene in downtown Phoenix, Arizona where Lori Graham Bakker’s parents brought her as an infant to be dedicated to the Lord. As Pastor Daniels held her in his arms, he prophesied, “This little girl has been born to be a bulwark against sin and the enemy.” It was this prophecy that Lori’s mother took within her own heart and it was the 17 years of attending and being a part of that church family that provided the foundation to restoration when Lori fell into a life that has destroyed so many others.

Lori believes with all of her heart in the Power of God’s restoration and love. Her life has been a living testimony of the Lord’s unfailing belief in our hearts. While walking a self-destructive path of partying and drugs as a teenager, Lori’s life took heartbreaking turns that would have shattered many other women. She survived a ten-year marriage plagued by abuse and domestic violence resulting in five abortions. By the age of 22, her hopes of carrying a child were forever taken by complications from the choice to terminate her pregnancies. For Lori, her future did not look promising, but God had a great and wonderful plan just for her.

On Easter Sunday, 1989, Lori was at a crossroads in her life. Finally free of her devastating marriage, she made the decision to go to church that morning at Phoenix First Assembly of God.

Lori accepted Jesus Christ as her personal Lord and Savior and began a journey of spiritual growth lasting almost a decade. She was blessed to be accepted for training into the discipleship program of Master’s Commission. Through this powerful program, she actively volunteered with community outreaches that included inner-city bus ministry, nursing home ministry, youth ministry, prison ministry and a unique women’s ministry dubbed Fashion Share which helped women prepare for job interviews and face the world feeling good about themselves. Many of the souls that she touched on this journey later changed Lori’s life in a profound and amazing way!

In 1994, Lori began the organization that has become Mourning to Joy Ministry. This special outreach has helped women deal with the pain and trauma of post-abortion as well as critical issues facing women today. The ministry, featured in noted publications such as Charisma, has been featured for its cutting-edge memorial services for the children lost through abortion and healing of the women involved.

Because of her dedicated service, Lori was invited to speak and minister at the Los Angeles International Church, also known as the Dream Center. It was there that Lori met Pastor Jim Bakker. After what has been described by others as a “fairytale courtship,” Pastor Jim and Lori celebrated their marriage on September 4, 1998. This union from God began a shared ministry and vision to minister to the world, projecting the message of God’s love and the Power of His restoration in their lives.

It has been 20 years since Jim and Lori Bakker merged their testimonies and faith. The abundance of God’s blessings has been truly and miraculously ordained! Lori chronicled the romantic adventure of their Cinderella story in her book, “More than I Could Ever Ask.” (released by Thomas Nelson Publishers in 2000) After many appeals from those touched by her story, her new book tentatively named, “Happily Ever After” is in progress.

In 2002, Lori and Pastor Jim expanded their family with five beautiful children from the inner-city of Phoenix where she had ministered for years during her Master’s Commission training and through Phoenix First Assembly. Lori had long ago accepted the loss of her dream of motherhood. Yet, the Lord saw into her heart and restored to her a family she never imagined would be possible. She is now relishing her role as a Grandmother as the Bakker family continues to grow!

Lori and Jim moved their family to Branson, Missouri in 2003. Sixteen years to the date that Pastor Jim made the last broadcast from PTL, he and Lori launched their new television ministry, the Jim Bakker Show. Together, Pastor Jim and Lori host a one-hour, daily TV program that is seen throughout the United States and around the globe, supported by the loving and generous care of partners all over the world.

In January 2008 the Lord guided them to move the ministry and studio to a new location called Morningside located in Blue Eye, Missouri. God has continued to bless this ministry and expand the possibilities for touching others and sharing the message of Jesus Christ through action!

Lori is currently the founder and executive director of Lori’s House, a safe, supportive home for pregnant women in difficult situations at Morningside that is completely unique to this area. This home is a place of ministry, love, rest and learning; a place of fellowship, caring and healing with its main goal to save babies and care for their mothers! This is a ministry straight from God’s heart to Lori’s and has changed many lives!

Despite past hardships, Lori Graham Bakker has never given up on the path that God laid out for her. She is now using her story of restoration and faith to speak to audiences on her new show “Life with Lori”. This is another dream come true for Lori Graham Bakker. As she stated in her first show, “God is raising up women to be the women of God that he has created us to be for such a time as this. This is our time to stand up in a Godly way, and in a beautiful way.”

And we know that all things work together for good to those who love God, to those that are called according to His purpose. 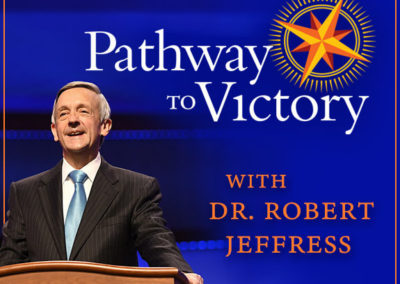 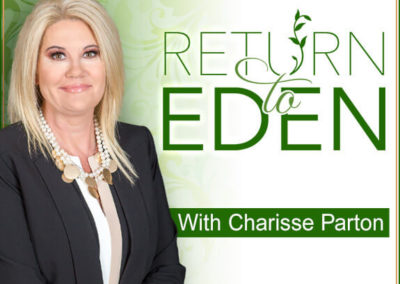 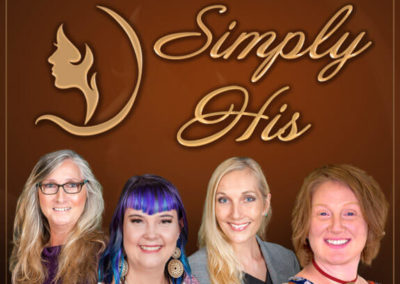 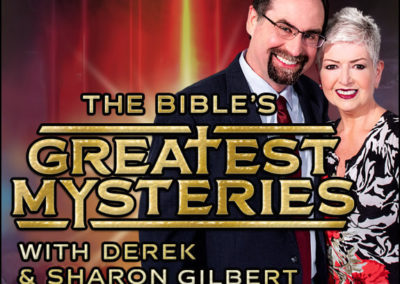 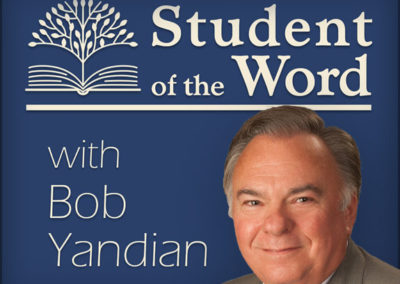 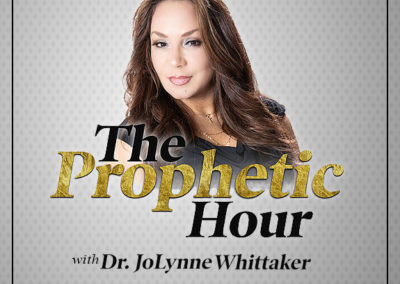 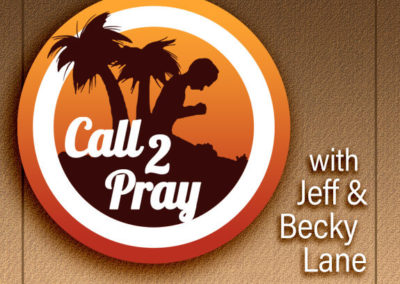 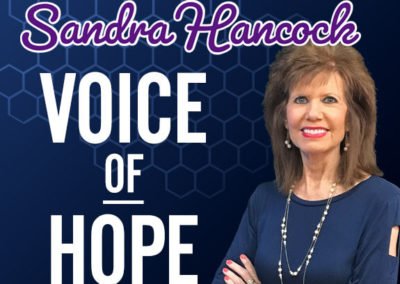 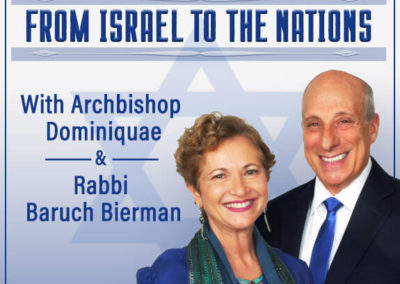 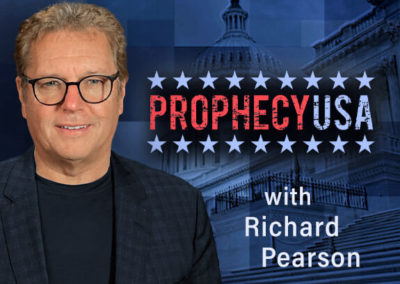